What are Feminized Cannabis Seeds?

Just when you thought that you knew everything that there is to know about cannabis in terms of its chemical composition.

The ways in which it’s grown and extracted.

How it’s used to benefit people.

And how different strains produce different results, we’re discovering another aspect of this plant that’s just as fascinating as everything else that we’ve learned thus far.

Cannabis cultivators are now going to extra lengths to feminize their cannabis seeds so that they can cultivate only female cannabis crops.

Now, many avid hemp enthusiasts will be surprised to learn that there is a distinction between male and female cannabis crops.

However, the cannabis farmer knows the difference very well, which is why putting the effort into feminizing these seeds is so worth the trouble.

As it turns out, there’s an enormous difference between male and female cannabis plants, and a lot of that difference determines how the plant will affect you, the consumer.

Therefore, you can understand why this process is becoming more and more standard among cultivators.

We’re going to explain this fascinating process, but, before we do, let’s give you a better idea of how female and male cannabis plants differ from each other.

Some Basics on the Cannabis Plant 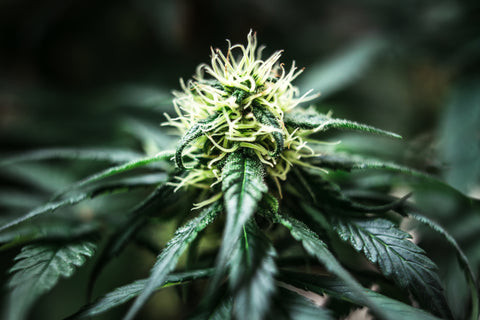 Cannabis is actually a genus of plants, and it’s considered a flowering herb.

Cannabis, in fact, contains a variety of plants, with each boasting its own unique chemical composition and physical attributes.

For thousands of years, cannabis has been cultivated for its many unique uses.

Besides the fact that this plant is renowned for its medicinal properties, it can be also used as a durable fibrous material that aids in the production of rope, clothing, paper and more. 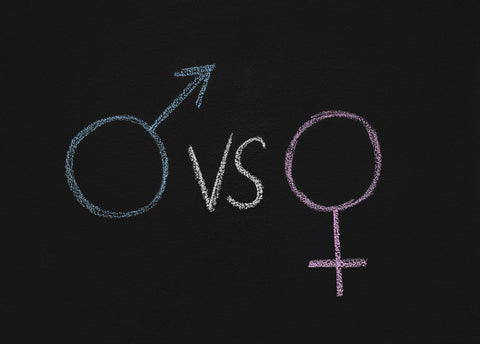 The genetics of cannabis indicate that a plant can be male, female or hermaphrodite depending on its unique composition of chromosomes, with male and female variations being far more common.

Even a novice can easily spot the difference between male and female cannabis plants, as the female ones have white flowers and are larger.

The male cannabis pollinates the female, allowing the female to produce her own seeds.

Meanwhile, the hermaphrodite cannabis plant can pollinate itself, eliminating the need for the presence of a male pollinator.

Problems with the Male Species of Cannabis 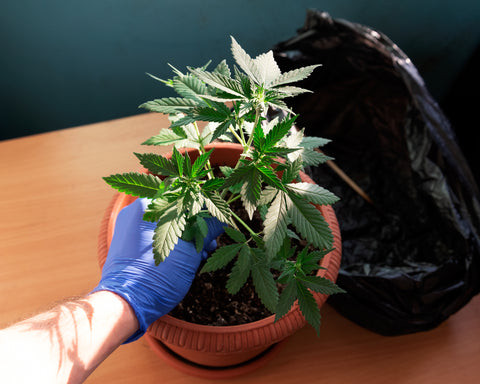 If you have ever consumed cannabis in order to experience a specific benefit or desired effect, you’ve been using the female cannabis plant.

This is because only the female possesses the unique chemical composition that can provide medicinal benefits.

The female’s amazing composition of cannabinoids exists in the flowers, and only the female produces these flowers.

In other words, the male plant is essentially useless in terms of potential health benefits.

And, there’s always the risk of producing more male than female.

If a cultivator is growing hemp for its highly useful flowers, it must throw out all of the males as they serve no purpose, unless being used to cross breed.

To make matters even more complicated, male plants tend to grow at a faster rate, which means that they can take up precious space that could be used to nurture female plants that will be extracted for medicinal purposes.

And, it takes time before it’s clear whether a plant is male or female.

This means that during a large portion of the cultivation process, a farmer will be providing time and resources to a male plant that will, eventually, be discarded.

This is not very efficient, and it takes away time and money from the farmer.

As you can imagine, this is not a very cost-efficient way to cultivate cannabis.

Using standard cannabis seeds, you’re only going to be able to profit off of 50 percent of the harvest.

It’s a waste of time, money and labor.

How Feminized Cannabis Seeds are Changing the Industry 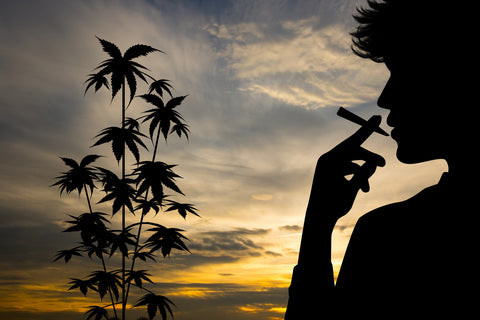 More and more cannabis farmers are feminizing their seeds in order to run a more efficient operation.

Feminized cannabis seeds are simply seeds that are modified to produce only female plants.

This means that, in theory, 100 percent of the harvest can be extracted and used for various purposes.

It also means that time, money and effort will be saved by not having to manage the male plants.

Because feminizing seeds can save a farmer money, it means that the industry can be more sustainable.

Cannabis cultivation is a time-consuming and expensive endeavor, and this time and money-saving process allows more farmers to stay in the game, so to speak.

It also means the more and more farmers will be able to thrive for years to come.

It also changes the volume of plant that can be cultivated.

Previously, farmers had to allow 50 percent of their space for male plants that would eventually be discarded.

Now, they can produce twice as many profitable crops by ensuring that they are all female.

As you can imagine, this is revolutionary for the cannabis industry.

It will change the farming process as we know it, and that will trickle down to all aspects of the market.

The Process of Feminizing Cannabis Seeds

So, how are cannabis seeds feminized, anyway?

Well, there are actually multiple techniques, and each one is relatively new.

The most popular, efficient and organic method involves applying colloidal silver to the female plants.

This, fascinatingly, ensures that once the female seeds are pollinated, that they will produce female plants.

It’s worth noting that this is does not genetically modify the plants in the technical sense.

When silver is applied to female plants, a male-producing hormone is suppressed.

The unique genetic makeup of the resulting female plant ensures that it will only produce female plants from that point on.

You can imagine that this is a highly efficient method for a variety of reasons.

Another method that’s less popular involves submitting the female plants to stressors during the cultivation cycle.

This involves, mainly, interrupting their light exposure cycle, which, again, suppresses the hormone that leads to the production of male plants.

This method is not as capable of guaranteeing only female plants, which is why it’s largely been replaced by the silver application method discussed above.

What This Means for the Consumer 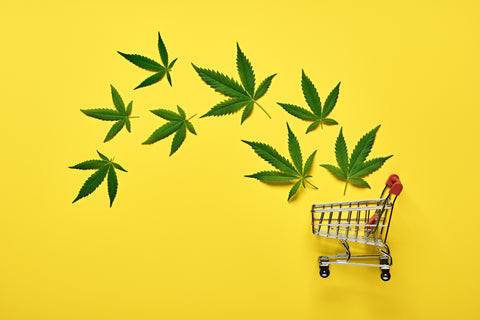 The question you’re probably wondering is, how do feminized cannabis seeds affect you as a consumer?

Well, this fascinating advancement can benefit you in a number of ways.

For one thing, this process dramatically changes the amount of effort and money it takes to cultivate cannabis that can be used to create medicinal products.

In other words, it saves farmers money.

It’s therefore likely that it will save you money as well.

The less it costs for a farmer to produce highly beneficial female plants, the less you will need to be playing for the time and money it took to manage the male plants.

Also, it means that in theory, you could grow your own cannabis with feminized seeds.

If you are a cultivator yourself, you can find these seeds easily nowadays.

The Next Big Thing in this Industry 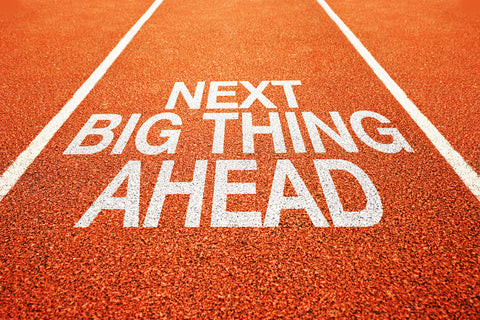 Not only does this guarantee a more effective and useful product, but it’s far more economical to the farmers cultivating the plant.

Therefore, this process can save both farmers and consumers lots of money in the long run.