How Do Humans' and Animals' Endocannabinoid Systems Process CBD?

When we talk about the things that make CBD so unique and capable of creating widespread effects, what we’re really talking about is the endocannabinoid system.

This is the bodily system that utilizes cannabinoids to produce various results that impact basically every system within the body.

What’s also fascinating about the endocannabinoid system is that it doesn’t only exist in humans.

All mammals have this system, and it serves the same function.

This means that all mammals can utilize and process cannabinoids in the same way, which is why the pet CBD market is booming at the moment.

Our goal here is take a closer look into the endocannabinoid system, both as it applies to humans and our four-legged friends.

We know that a lot of people want to start giving their pets CBD, so we’ll really examine how this system works in their bodies, as well as ours.

If you are more of a visual learner, check out the video at the bottom of this post where we covered this topic on Wellness Wednesday!

CBD, Cannabinoids and the Hemp Plant 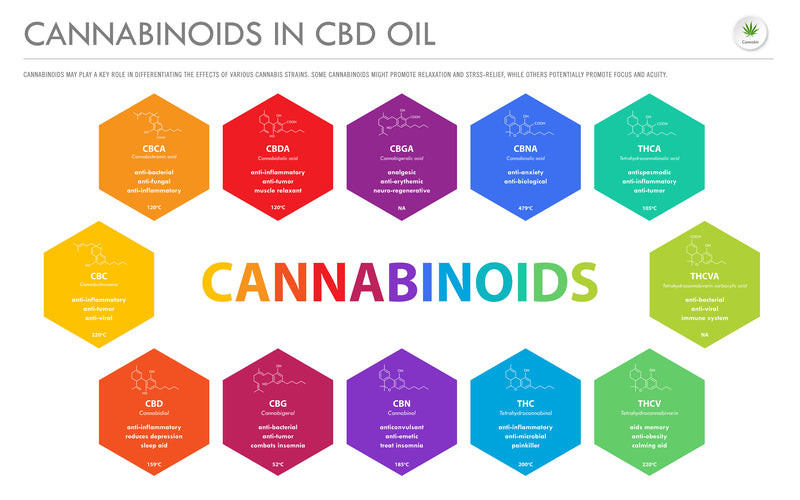 Before we talk about the endocannabinoid system, first, let’s discuss cannabinoids themselves.

CBD is a cannabinoid, and it’s the most prominent compound in the hemp plant.

However, there are over a hundred cannabinoids that can naturally occur in hemp, including other popular ones like CBN, CBC, CBG, and THC.

Cannabinoids are not unique to hemp and other cannabis plants, but only cannabis has such a wide array, and such a high volume of cannabinoids within its plant material.

That’s why we choose cannabis when we are seeking out the unique effects of cannabinoids.

What is So Unique About Cannabinoids?

Well, this is where the endocannabinoid system comes in.

The endocannabinoid system is the bodily system that accumulates cannabinoids like CBD and utilizes them for various purposes.

The endocannabinoid system was only discovered in the 1990s, and the research regarding it was used to determine whether or not cannabis plants are actually medicinally useful.

Since this discovery, we have learned more and more about this fascinating system, which has a lot to do with the fact that the medical industry is just beginning to take cannabis seriously.

If it weren’t for the discovery of the endocannabinoid system, we may not have a legal CBD market as well as medical marijuana throughout the country.

Homeostasis is a state in which all of our bodily processes and systems are working together harmoniously so that we can maintain maximum well-being.

The endocannabinoid system does this through regulatory actions.

But, in order to do its job, it needs cannabinoids.

The body produces its own cannabinoids (endocannabinoids) that are used by the endocannabinoid system, but like many naturally occurring, self-produced compounds, most of us need a boost.

You see, the endocannabinoid system consists of a large web of cannabinoid receptors that are located everywhere in the body – in the digestive tract, the skin, the immune system, the brain, the heart, the blood vessels and more.

Each cannabinoid receptor dictates the function of an adjacent bodily process.

For example, cannabinoid receptors in the skin help regulate the skin’s inflammation levels, ability to heal from injury, and so on.

Cannabinoid receptors in the brain can regulate hormones, cognitive function and neurogenesis.

When the body receives cannabinoids, the endocannabinoid system scoops them up and sends them to where they are most needed throughout the body.

Cannabinoids can then bind and influence cannabinoid receptors that correspond to areas in the body that need to be regulated in order to operate properly.

The endocannabinoid system intelligently stores excess cannabinoids for later use if they are not needed at the moment of administration.

Due to this process, CBD is considered nontoxic to mammals, because excess levels are simply put aside rather than stored up in toxic levels.

Regulatory Actions of the Endocannabinoid System 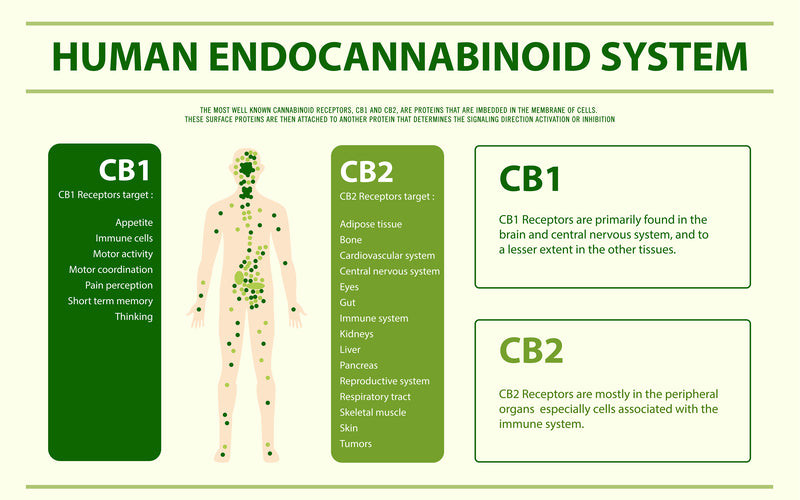 We said that the endocannabinoid system can regulate every bodily process.

But, what does that mean, exactly?

Well, if you have researched CBD before, then you’ve come across ample amounts of studies showing that it offers all kinds of unique properties to the body.

Because CBD regulates bodily processes, you’re simply supporting the immune system’s ability to do its job whenever you take CBD.

Any area of the body that needs regulation will have cannabinoids sent to it.

This is why CBD offers such a wide range of effects.

This means that your cat or dog also has cannabinoid receptors that correspond with different bodily processes, and by taking CBD will allow the cannabinoid to bond with these receptors to force regulatory actions to take place.

This is why as of now, there are no known incidents of CBD toxicity in pets.

There is one thing though, that you should keep in mind.

The endocannabinoid system in your cat or dog is smaller than the one in your own body.

Hence, why you can’t just give your pet the same CBD that you take.

For those who don’t know, the milligram strength refers to the potency level of a CBD product.

It reflects the number of milligrams of hemp extract in the formula.

Our pets do not need the high potency levels that we do to give the endocannabinoid system what it wants, and this is why you must go with a pet-friendly option.

CBD pet companies clearly state the body weight for which each potency level they offer is ideal.

Another thing to keep in mind is that pets should NOT consume high levels of THC.

It affects them in a way that can be quite disruptive to their system, and can actually be lethal.

Now, that doesn’t mean that you can’t give them full spectrum hemp products.

This amount is not enough to get them high – not even close.

What we are saying, however, is that you should not give your pet marijuana, even though the THC in both marijuana and hemp is a cannabinoid.

Now, here’s the major question on everyone’s mind: “How can I use CBD in a way that best supports the role of the endocannabinoid system?”

Well, first, you gotta make sure you’ve chosen a high-quality product from a legitimate and trusted brand.

You also need to take CBD daily for the best results, as the endocannabinoid system performs better when it adjusts to receiving a steady dose of CBD daily.

The other thing to make a note of is that you wanna select a milligram strength that reflects the body’s needs and weight.

The higher the milligram strength, the more potent that product is.

If you prefer to learn from video content, we covered this topic on our weekly educational livestream, Wellness Wednesday! Which you can watch below!

The endocannabinoid system is arguably one of the most fascinating biological discoveries in recent decades, and because of our growing knowledge of it, we can utilize CBD in a way that produces the best possible results.

Whether you’re looking to take CBD yourself or administer it to your furry companion in the form of a tincture, edible or even a topical solution, this information will be especially useful to have on hand.

Check Out Our Most Popular Blog Posts