Guide to THC-O: What You Need to Know

We know – there are a lot of new cannabinoids on the market that seem to have come out of nowhere.

And, if you’re an avid hemp enthusiast who enjoys exploring the various cannabinoids found in hemp, it’s only natural that you’d want to give all of them a try.

But, before you do, it’s important to know what to expect.

THC-O-acetate (THC-O) is one of the most popular cannabinoids of the moment, and its uniquely powerful effects mean that you’ll want to have a general idea of how this cannabinoid works before introducing it into your routine.

A Brief History of THC-O

THC-O is produced in a lab, starting with tetrahydrocannabinolic acid (THCA), the pre-decarboxylated, acidic predecessor to THC.

It’s combined with acetic anhydride, which transforms the cannabinoid into an entirely new cannabinoid with its own unique traits and properties.

THC-O-acetate was invented during the middle part of the 20th Century, by the United States military.

It was developed specifically to yield powerful psychoactive effects that could be used to incapacitate military opponents.

As it never made its way into the mainstream, the large majority of hemp enthusiasts are only even learning about its existence now that it has recently appeared on the market.

Can THC-O Get You High?

THC-O-acetate is a psychoactive cannabinoid which can and will lead to an intoxicating high.

THC-O was invented specifically to be highly intoxicating, to the point of physical incapacitation (which is only temporary, of course).

In general, the cannabinoid is reported to be 300% as intoxicating as delta-9 THC, the key psychoactive in marijuana.

This means that consuming THC-O can get you 3 times as high as delta-9, so bear this in mind as its effects are very powerful.

So, what do the effects of THC-O feel like?

Well, for one thing, many people find that they experience a very powerful body high that commonly leads to couchlock.

In high serving sizes, THC-O-acetate may lead to mild psychedelic effects, primarily of the visual nature.

Overall, THC-O is an extremely potent psychoactive that is best suited for those who have already established a tolerance to delta-8, delta-10 and other less intoxicating cannabinoids.

Can You Fail a Drug Test After Taking THC-O?

Standard urine-based drug tests are not looking to identify specific cannabinoids, like delta-9 THC or THC-O-acetate.

Instead, they’re looking for an enzyme in the urine called THC-COOH.

This enzyme is responsible for metabolizing all THC-based cannabinoids, which means that whether you consume delta-9 THC (marijuana), delta-8, delta-10 or THC-O, you are likely to fail a drug test as a result.

Overall, this means that if you are drug-tested regularly, you should avoid THC-O.

Because THC-O is a much more potent cannabinoid, there’s reason to believe that your chance of failing a drug test is even higher than it would be if you were taking delta 9.

What are the Uses of THC-O?

With the large majority of cannabinoids on the market, we have a strong idea of their properties because we have access to decades of clinical research that show us their effects.

But, that’s not the case with THC-O-acetate.

THC-O has never been considered for therapeutic uses because it was invented by the military for non-therapeutic reasons, and up until just now, it simply hasn’t been on the radar of scientists who analyze cannabis for its uses to the human body.

Also, because THC-O is produced from THCA, chemists who research cannabis would not be able to isolate the compound in the plant and study it.

Yet still, THC-O is a cannabinoid, which means that it does work with the body’s endocannabinoid system.

We know this because its psychoactive properties come from its interaction with CB1 receptors, which are cannabinoid receptors in the nervous system.

The endocannabinoid system has cannabinoid receptors running throughout every system of the body, and these receptors have the job of utilizing cannabinoids to regulate bodily processes that pertain to our overall daily function.

At the moment, we just don’t know what properties THC-O has through its relationship to the endocannabinoid system.

Is THC-O a Legal Cannabinoid? 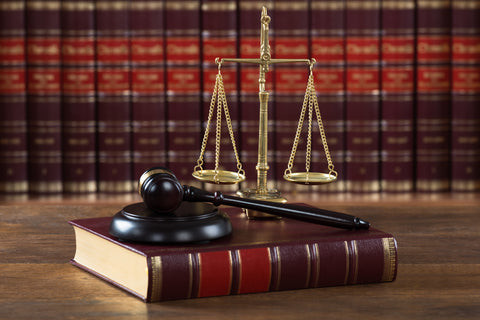 Technically, hemp-derived THC-O-acetate is protected under federal law thanks to the passing of the 2018 Farm Bill.

This made the hemp plant and all of its derivatives containing a maximum of 0.3% delta-9 THC legal.

And, this is why such an intoxicating cannabis substance is available to buy on the open market.

Despite this, eighteen states have made certain intoxicating cannabinoids illegal, in response to the growing popularity of delta-8 THC.

As of now, no state has specifically written laws pertaining to THC-O-acetate, but it’s likely that THC-O is illegal in the same states that forbid delta-8. 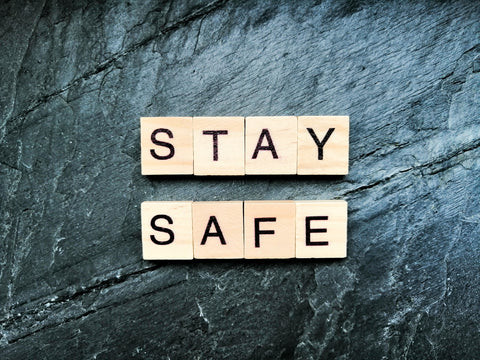 No studies have been done on the safety of THC-O-acetate, although it was in all likelihood safety-tested when it was first developed by the military several decades ago.

Still, the lack of studies means that we are not authorized to speak on its safety.

However, many people take THC-O-acetate regularly and have not reported any serious side effects.

THC-O, being a cannabinoid, is likely tolerated by the body quite well, as are all cannabinoids.

However, because THC-O can be powerfully intoxicating, how you use it can play a role in its safety.

For instance, driving under the influence of such a heavy psychoactive can be very dangerous, as can operating heavy machinery.

Bottom Line: It is important to use THC-O responsibly.

Also, keep in mind that if you’re on any medications, it is best to speak to your doctor before taking THC-O-acetate.

Like many cannabinoids, THC-O can very likely inhibit CYP3A4, an enzyme needed to break down many common medications.

Suppressing this enzyme with THC-O would mean that drugs have a much higher risk of accumulating in the body to dangerous levels.

What Types of THC-O Products are on the Market?

THC-O-acetate hasn’t been on the market for as long as some of the more mainstream cannabinoids, which means that there aren’t as many THC-O products available.

Still, THC-O is quickly growing in popularity, so you can find these types of products more easily than ever before.

They come in a wide array of strain options, consisting of pure THC-O-acetate and a terpene profile derived from the strain of the hemp plant.

You can find lots of strain options, and choose between loose buds and pre-rolls.

THC-O edibles are popular not just because of how good they taste, but because they offer the longest-lasting effects of all – up to 8 hours.

THC-O tinctures come in dropper bottles, and are administered sublingually, below the tongue.

Consist of pure THC-O-acetate and a carrier oil, and sometimes flavoring.

They are considered to be too potent for beginners.

Can You Take THC-O if You’re Already Using Other Cannabinoids?

THC-O can be taken with other cannabinoids, and many people do.

Cannabinoids do not interact with each other negatively as they all come from the same plant material.

But, remember that THC-O is highly intoxicating, and so it should not be paired with other psychoactive cannabinoids when you’re just starting to use it.

Otherwise, you risk getting uncomfortably high.

What is the Best THC-O Serving Size for Newbies?

Because of how potent THC-O-acetate effects are, it is especially important to start with a low serving size when you’re just starting to use the cannabinoid for the first time.

For oral doses (edibles and tinctures), we recommend going with 5 milligrams and seeing how you feel.

If you’re vaping or smoking THC-O, we recommend starting off with just one puff in the beginning, as even one puff can be quite strong to someone with a low tolerance.

Experience the THC-O at Wellicy

Overall, THC-O is a unique hemp derivative that can be far more powerful than what you’re used to from the plant, and if its potent psychoactive nature appeals to you, the good news is that you can find premium-grade, lab-tested THC-O at Wellicy.

All of the THC-O products available on our site are made using carefully extracted hemp and gentle ingredients, to ensure that you can look forward to the highest-quality THC-O experience possible.

Check Out Our Most Popular Blog Posts